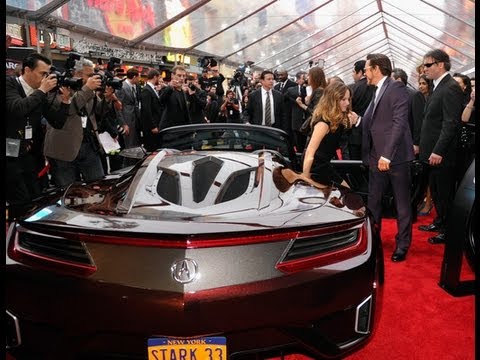 It used to be that your local dealership was full of surprises. You might drive past a lot and have something subtly catch the corner of your eye only to find out it’s a new car model. Intrigued, you would go home and do some research or stop into the dealership to learn more. These days, finding information about the latest model is no problem. Between the Internet and advertising, researching the newest line is easier than it has ever been. On top of all of that, it seems that any new model is given some sort of big event to commemorate its launch. So, instead of quietly appearing on dealership lots, cars are given as much fanfare as the Oscars.

For example, the New York and Detroit auto shows are some of the biggest events in North America. Car manufacturers wait to show off their new releases every year. This year, at the New York International Auto Show, dozens of new cars were released and showcased amid celebrity appearances and special events designed for kids.

The Detroit Auto Show was much the same, as more new releases rolled off the line to much excitement. In fact, next year’s event has already been announced and is in the works: you will be able to see yesterday’s classic vehicles next to new and futuristic concept cars. With the number of car enthusiasts ever growing, crowds promise to be huge as they wait to see what the future of the automobile will be.

Many of these events can be viewed streaming on the Internet as a way to build hype for the upcoming year’s new cars. Gone are the days of quiet releases. Car companies now spend a lot of money to jockey for the consumer’s attention. Hundreds of thousands of dollars are spent each year in order to make each event bigger and even more attention grabbing, in person and online.

In the past, it was more or less up to each individual dealership to build any energy or public support around that year’s models. Maybe a local celebrity would stop by to sign autographs or the high school marching band would play. Things have certainly changed when it comes to how new cars are released.