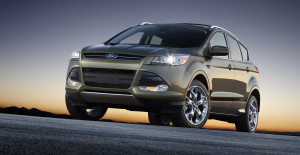 The minivan and the crossover: both vehicles that are designed to help you carry around a large number of people and, if you need to, baggage, sports equipment, and other things like that as well. But what’s the difference between the two, and why would you choose one over another? First, let’s define each vehicle specifically.

A minivan is a smaller version of traditional and conversion vans (which is obvious, given the name). Minivans often have 6-cylinder engines, and feature a 2-3-3 seating configuration, with two passengers in the first row, three in the second, and three in the third. Some minivans offer seating in a 2-3-2 or 2-2-3 style. They also tend to feature at least one sliding side door to allow easy access for passengers, though most models made today feature two sliding doors. Minivans also feature hatchbacks, meaning there is plenty of headspace.

A crossover is a relatively new term, and some may still not understand it. A crossover utility vehicle is built on a car platform, but has many of the features usually found on a sport utility vehicle. In many cases, it may be difficult to distinguish a crossover from a traditional SUV. Crossovers tend to have a unibody design, instead of a body-on-frame design platform that you would find on trucks or SUVs. You’ll find car-like features, including car-like handling, good fuel economy, and general design features you are more likely to find on a car, as well as a third or fifth door to allow access to rear seats and storage.

So which is for you? A lot of that depends on your lifestyle. Here are some perks for each:

Minivans have, for quite a while, been a go-to for people having families. Some people, though, refuse for any number of reasons to own a minivan because of what it implies. Yet they always seem to buy one, and love it after they have it. Minivans offer amenities like:

Crossovers are starting to eat up the space that minivans occupied alone since the ‘90s. In some cases, it offers more style than you may find in a minivan, which might allow a “never own a minivan” kind of person the opportunity to do so, without the name.